Making Sure Your Kid Gets Enough Physical Activity | A Personal Account

Keeping kids active in a world that has become predominantly sedentary is difficult. It’s far too easy to rely on an electronic device to entertain our kids while we try to keep some sense of order in our life. Our kids need something active. Something to stimulate them far beyond a screen.

Most parents are already spread pretty thin, so adding on another place to drive to, and spend at least an hour of their time isn’t high on their priority list. But it should be. Not only is this important for their physical fitness but also for their mental health. Kids need an escape from the structure and stillness of a classroom.

You didn’t pay for cleats, a helmet, and a bat bag full of gear to have your tiny tike do somersaults in the outfield. You paid for your child to learn a new skill.

A lot of parents I know usually start their little ones in what I call the core three: soccer, t-ball, or dance. Watching the age groups of 2.5 to 4 is an ab workout for those parents who know not to take it too seriously. When your child is this young the only expectations you should have is for them to have fun and to go to sleep early when they come home.

For those parents who expect their kids to be the next Ronaldo or Messi, you’re going to have a very stressful season. Now I know you didn’t pay for cleats, a helmet, and a bat bag full of gear to have your tiny tike do somersaults in the outfield. But what you did pay for is for your child to learn a new skill.

You are paying for them to learn to listen and respond to a coach and work as a team. By the end of the season, you’ll have a better understanding of your child and what their interests are and those core three may not be it. 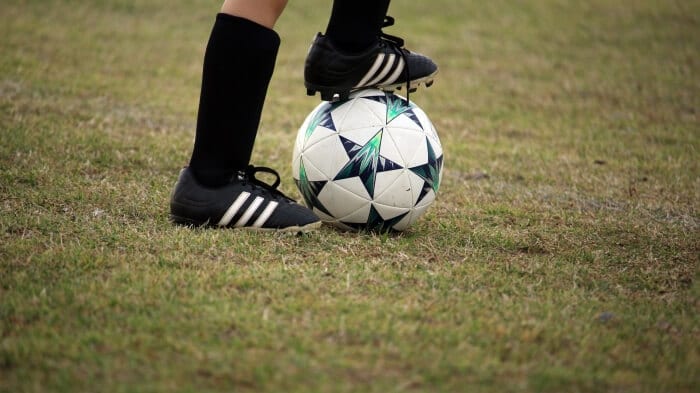 Then – Talk to Your Kid!

Once you’ve gotten out of the toddler-level sports, it’s time to ask your child what they would actually like to do. This is where you get to explain to them that not only will they have practices with their teams or classes, depending on what they choose, but they will need to practice at home.

This does mean that you as a parent are getting homework as well.

If they choose baseball or football they will need someone to throw and catch with.

If they choose soccer you might have to play goalie or dart around the field helping them learn how to pass the ball.

Dance means watching your child and helping them remember their steps.

Each sport has its own requirements for your child to practice so they may excel at the best of their ability.

For Mark, my step-son, traditional sports were not for him. We tried t-ball and once he was home he had no interest in picking up a bat or a glove. Soccer was great, he was able to run and speed past others, but stopping was his biggest problem. We had to really talk out what made him happy and that’s when he asked for a skateboard.

My husband and I talked about it with each other what it could mean for him to take an interest in an extreme sport. We knew the risk skateboarding could bring. My husband skateboarded as a child and I longboarded throughout college. For Christmas we bought him his first board, it was a small, black penny board with bright red wheels. He was ecstatic. By the end of the day, he was outside with his mohawk helmet trying to figure out how to go up and down the sidewalk.

Skateboarding is hard. He had seen kids do it in real life and on TV and thought it would be easy. When he came in that first day he was bright as a ripe tomato, and because we live in Florida, he was a bit of a soggy tomato. But the thing I saw in him that I didn’t see after any of the other sports was determination. He took off his helmet and put his board away before flopping on the couch and looked at me.

“Can we go out tomorrow?” He asked a bit winded.

“Of course.” I was so excited. 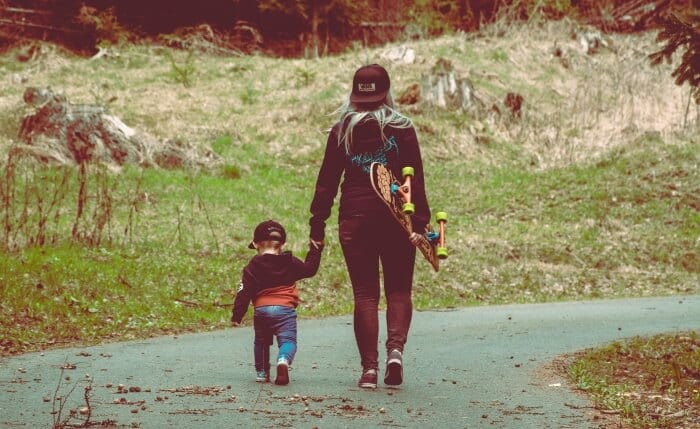 He never wanted to practice when it came to soccer or t-ball and it was always a fight to get him outside and practice. For the next three days he was with us he was outside every day trying to figure it out.  About a month later we went to a birthday party and the mom was telling me about a skate park that was basically in our backyard. On our way home, we drove by and saw a bunch of kids of varying ages going down ramps and launching themselves into the air. His eyes lit up.

“I want to learn how to do that.” he said after we left.

But I told him he wasn’t going to the skatepark without lessons because when it came to skateboarding it wasn’t a matter of if you will break a bone but a matter of when. So we agreed that he would keep practicing and for summer camp he will go to skate camp.

The week before skate camp my husband and I upgraded his small penny board to a full-size skateboard for his birthday. Once that thing was unwrapped, he was outside. He had to learn where to place his feet and how to lean into the turns. It was much different from his other board.

It was amazing how much he had changed in the few short months between December and the summer. Before if things were difficult he would get frustrated and storm off but now he had a reason to focus and put his energy into something and see the results of his hard work. After he came in that day my husband and I sat down with him and talked about how hard he was working and how proud we were of him.

This work ethic continued through the summer.

When Mark started skate camp this summer he was a bit intimidated, here were kids of all ages and all levels going at full speed. The coach brought everyone in and broke them into groups depending on their skills. Mark was in level 0 or the beginner level. When I would pick him up each day I would talk to his coach, he said Mark had potential but he was playing with those who were happy with butt boarding but not going past that. When we got home on Wednesday we sat down for a talk.

I asked him. “How are you liking camp?”

“It’s fun but they aren’t teaching me anything.” he sighed heavily.

I laughed because I knew this sport was not one to push people past their limits because they could get hurt. “Honey, all the coaches are there for you to ask them for help. They can only work with you if you want them too.”

…Even When Things Go Bad

So we agreed that there was no more butt boarding and we were going to talk to the head coach in the morning. On Friday when I picked him up he was so excited. He said he was a level one and next would be a level two and that’s when he would get to learn how to drop in. The next week he was at his mom’s and had a week off from camps.

When we got back to camp he pushed himself hard. He told me that he was going to go down all the ramps. Which he did. He told me how he was going to learn how to drop his board, jump on it and go without falling and boy did he master that. But on Thursday I got a phone call when I was on my way to pick him up.

“Morning Ma’am. We just wanted to let you know that Mark got hurt.” came the coach on the other end.

“Oh god, how bad?” All I could think was he broke a leg or his neck because suddenly he thought he was Tony Hawk.

“Well we think it’s either his wrist or his arm. Personally I think it’s broke but he isn’t crying.” The coach said with an uncomfortable laugh that I completely understood. “I had to convince him to sit down and ice it while we waited for you to get him.”

I told them no need for an ambulance since there was no blood and I was five minutes away. When I got there Mark was eating cupcakes and had a huge smile on his face.

“Hey!” I said looking at his bent forearm. As someone who has broken many bones, I knew that noodle arm was broken. “What happened.”

“WELLLLL I was learning how to drop in and I did it,” huge smile. “I did it four times until my fifth time and I don’t know what happened but I just fell and I blocked my face so I didn’t get a busted lip and ….”

I blanked. I wanted to laugh. He wasn’t phased at all, he was just so proud of how hard he was working.

Learning from Every Mistake

I gave him a hug. “Honey, I know told you that with skateboarding it was a matter of WHEN not IF you would break a bone but that didn’t make it a challenge for you to do it as soon as possible.”

Once he had his full cast Mark went back to camp and everyone cheered. He was so excited to be back. Some of the kids told their stories about how they broke bones.

Mark told me how some of the big kids told him that he was the toughest kid they know since he didn’t cry. Though he was limited on how high of ramps he could go on, it didn’t stop him from learning as much as possible in his last week.

In the End, It’s About what Type of Kid They Are

Could this summer have been easier? Probably.  Less painful if I pushed him to soccer or baseball? Of course but it wouldn’t have been the same.

Mark isn’t one to be in the outfield standing around for the ball to come to him. He isn’t going to pass the ball and stop running just because that’s what the play is. He is a balls-to-the-wall, high-speed energy kid that breaks his arm and keeps going.

If you can find that one thing that motivates your kid hold onto it. You might be giving up an hour or two of your day but it makes them happy. You are able to spend time with them and watch them grow as a person and you can even use that motivation outside their sport and apply it to their lives. It helps with school and chores. But what matters most is you took that time for your kid and they will always remember that.