How to Pick a Baby Name from a Mother’s Perspective

Picking a baby name is hard work. It may be even harder work than what you went through to earn those two pink little lines that came across the most advanced piece of technology that you’ve ever peed on.

Maybe you have an old journal tucked away with names that you have been holding onto and hoping that none of your friends have stolen. There’s always the possibility you’ve thrown out everything you’ve planned because they have fallen out of style. Or maybe you weren’t much of a planner to begin with.

You could be the type of person that lives in the moment and is waiting for the right name to hit you. There is the chance you are looking for a strong, powerful name that means something to you at this point in your life. Whatever the case may be for your choice in name, what you do pick for your child, holds power.

How to Pick a Baby Name: The First Gift

This is the first gift you give them, and may be the only gift they will carry with them from childhood to their adult life. You have to choose wisely. For most people they never change their first name even if it may no longer hold the same meaning as it did at the height of its popularity.

In the very distant past popular names came from the nobility and while we may no longer name our little bundles of joy after the ruling house members there seems to be an even stronger force behind why certain names gain popularity. And what might be stronger than a king or queen you ask… Simple. Pop Culture.

Looking for Something Unique?

When I was pregnant with my daughter all I wanted was to give her a unique name, one that was different, but not weird, and not the same as every other little girl that would be in her graduating class.

Growing up, as a product of the 1980s, I remember that nearly every grade in elementary school having at least four to six Ashley’s per class. And according to the Social Security Administration, the name Ashley was ranked number four for the entire decade. That means that there were 352,187 babies Ashely’s born in that decade.

Until now I never knew the reason behind the name’s popularity but it was easy to find.

The name that dominated the 1980s came from the number one daytime soap The Young and the Restless.

The Young and the Very Young

The character that was everyone’s favorite to root for was Ashley Abbott. Having never watched the show, I didn’t know much about Ashely’s character. What made her so important that a decade worth of babies were named after her?

On the character’s Wiki page there was a quote left by the actress who first played the character, Eileen Davidson, reading how the actress felt playing her is where I began to understand why so many mothers named their daughters Ashely.

Davidson not only called her character sassy but she also said “She is a heroine. So often she was being victimized by people and trying to always rise above that.”  It now made sense why so many soon-to-be mothers to be named their daughters Ashely.

How I Picked Adelyn

When I came up with Adelyn’s name I had already lived through two times of baby naming manias it was easy to know which names to avoid, all that could be shortened to Bella, thanks to Twilight’s leading female character Isabella “Bella” Swan. With how popular the books and movies were the name Isabella rose from the 169th in the 1990s all the way to number seven in the 2000s.

The popularity didn’t stop there. From 2010 to 2018 149,509 little girls were given the name Isabella and the name hit number four with a booming 156,709 births. Even the shortened version of the name, Bella, came in at 53rd with 38,610. Although Twilight isn’t dominating the mainstream media any longer the popularity of the name hasn’t slowed down. The Social Security Administration broke down the top five names for children by the year and Isabella is still ranked in the top five.

While I was able to find lots of evidence to support why mothers’ named their daughters Ashely I wasn’t sure why so many mothers named their daughters after the Twilight character. I had seen the movies and read some of the books, I didn’t find the character to be the strong independent woman that I wanted my daughter to emulate. In fact, I found the character to be emotionally unstable, whining, excessively needy and manipulative. But it seems that I might have been one of the few who felt this way about the character.

While The Young and the Restless may have ruled the 80s and the Twilight Fandom swept through the early 2000s there is without a doubt that Game Of Thrones has captivated the world for the past eight years.

With the end of season eight still lingering in the minds of many, there are even more wondering if those who named their daughters Khaleesi may have had a change of heart since their namesake character turned into a murderous villain instead of the savior queen she had intended to be.

Even though it may be a month later, the internet is still hotly divided about how the show ended. There are pages and pages of memes about how mothers must be reacting to the demise of their favorite character and their daughter’s namesakes.

But once I started looking into these mothers, and found some who were interviewed, I wasn’t able to find any mothers living with name regret. Nikki Sotto, mother of daughter Khaleesi Lila, told Buzzfeed “What girl hasn’t overreacted when they see their whole world crumbling around them?”

Inside Edition was able to get ahold of another mother who, though not a fan of the show’s ending, calls her daughter’s cries her call to the dragon. Good Morning America found a mother, whose daughter was to be a twin but she lost her son, and named the fierce little warrior baby Khaleesi.

“Maybe it was the hormones but I loved Khaleesi — then she lost her baby,” Acosta said of the similarities between her and the character. “Seeing her evolve as a character, she doesn’t let anyone step on her. She’s overcome so much.”

It is absolutely fantastic to know that mothers are not living with name regret, even though the show didn’t end as many wanted it to, doesn’t take away from all the powerful moments that they named their daughters after.

This is especially important for everyone to remember since the Social Security Administration first clocked name Khaleesi in 2014 with 757 little ones brought into the world. By the time 2018 ended, there were 3,522 little girls named Khaleesi letting out their dragon cries.

I know many people were hoping to see mothers regretting their choices, the internet sure made it seem as though there would be a flurry of women heading to the Social Security office to line up and change their daughters names, but they aren’t doing it.

These mothers, just like the ones that named their daughters Ashely in the ’80s and all the Bellas from the early 2000s all have one thing in common. They found behavior and courage within a character. They found a hope that their daughters will be able to overcome pain, anguish, and loss with the strength and fortitude that these strong female characters did.

I would even suspect that some of these mothers’ wished that their daughters would have a dragon by their side when the world tries to destroy them and they tell the world no. 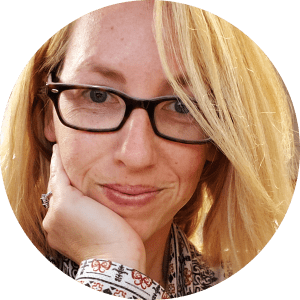