My husband and I were desperately trying for a baby for over a year. Yet, during that time, I had been concerned that my cycles were not regular. I was afraid I could not get pregnant as a result. I was right as there were fertility issues coming into play. I had to face PCOS (polycystic ovarian syndrome) which was affecting my fertility.

However, after the second IUI (intrauterine insemination) attempt, I got pregnant with my daughter in early August of 2001. I had a great pregnancy with very little morning sickness even though the fatigue was worse. I was excited during the pregnancy to meet our daughter. 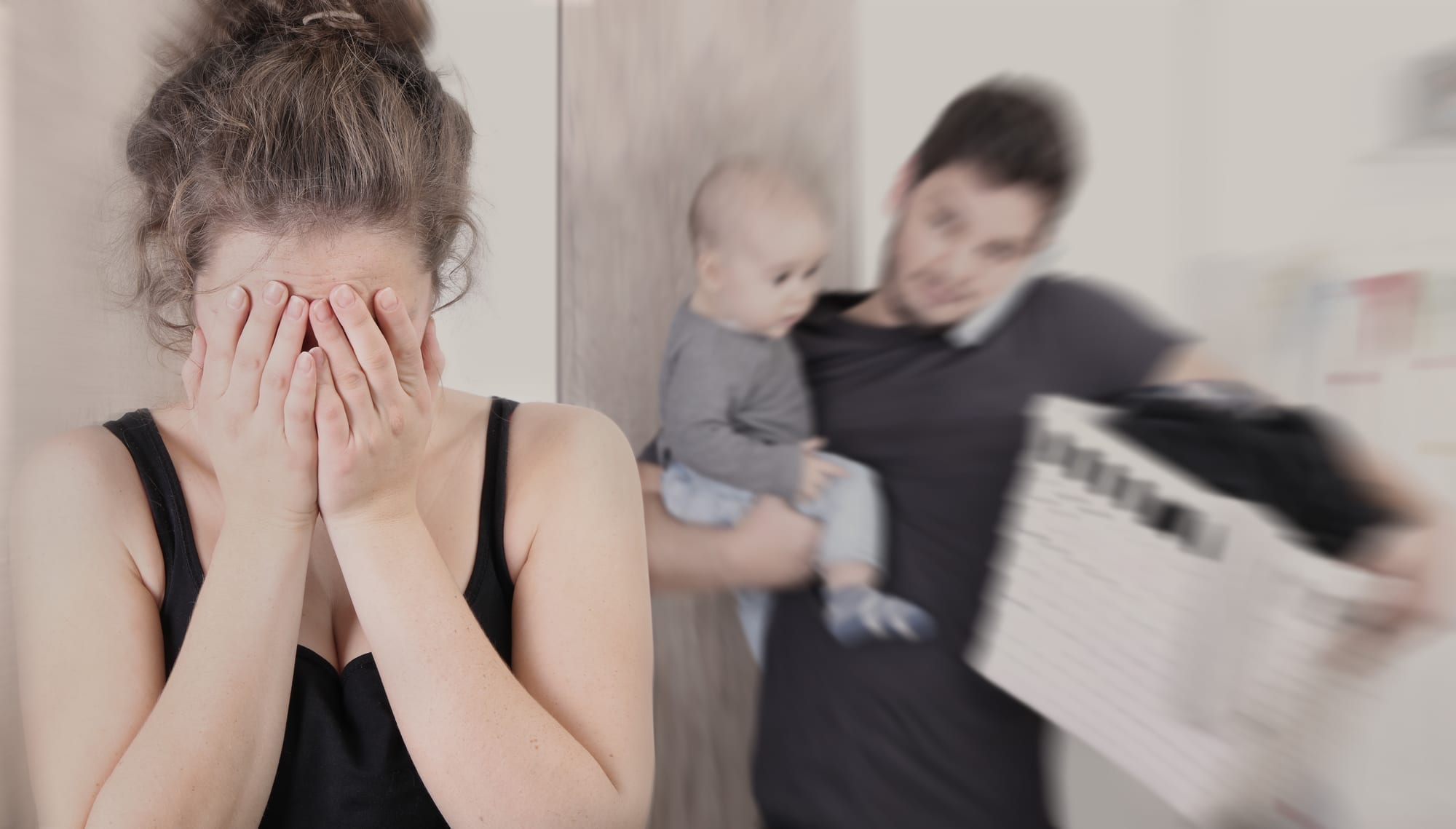 In early April of 2002, I suddenly went into labor as I was already just over 37 weeks pregnant. My water broke at 3 am during that morning. I had no other symptoms that were indicating that I was in labor. I was told by my OB-GYN to call the hospital as soon as I went into labor, and I did. I trusted her because she was very organized, kind, and had a good bedside manner.

Upon arrival, I was already at 8 cm dilated. The contractions were horrific but I managed. It got to a point where I could not handle the pain. Fortunately, I was given the epidural right after. I was in active labor with my daughter for 6 hours, and she was born healthy and safely. I was disappointed that my OB-GYN was not the one who delivered my daughter. During the painful contractions, I was not even worrying about whether she was going to deliver or not. However, even though the delivery itself went well, I needed to have an episiotomy. It was incredibly painful. I felt it once the effects from the epidural were wearing off.

As soon as my daughter was born, I was sent up to the maternity area and stayed in a semi-private room for 48 hours. However, from that moment on, I did not find the hospital staff all that helpful. I was unsure of myself and very overwhelmed with how I could care for my baby. I even was afraid to change my newborn daughter’s diaper. I told the nurses that, but they did not seem to take it seriously and did a token amount to help me.

The other problem I had with the hospital was that the lactation specialist made it clear that breast is best. I felt pressured to breastfeed, even though my daughter was not latching on properly. I got no sleep, I was in pain from the epidural. Then the realization that my old life was dead hit me. I was now responsible for this tiny baby. This all hit me the next evening while I was still in the hospital. Once I realized this, I began sobbing. The nurses just asked if I was okay, which was not all that comforting.

By the time I went home, I was pale. I had low blood sugar and felt pained, exhausted, with no idea what I was really in for. My husband also was in shock as even though he did not have to deal with the fluctuating hormones. He dealt with the effects of the sudden transformation.

The first day home with my daughter was also tough. She cried and cried for hours. She did not sleep at all in the night. I struggled to breastfeed her. When it seemed like she was latching on, she would be hungry again a half hour later. I did not get sleep for 6 nights, except for a few naps here and there. I had a very little appetite so I was not able to eat. That meant I was not able to nourish my daughter. She was crying all the time. She was also starving as she kept losing weight.

On the 7th day, I collapsed in bed right before attempting to feed her. I demanded that someone go and get some formula for her because I could not breastfeed. I also felt like I was not getting support from my family. They did not take my needs seriously. My husband felt the same way.

As my daughter started going on formula and thriving on it, I started getting my rest. My feelings about my newborn were not right, though. I wanted more than anything to have this baby. However, I was not able to bond with a thing that only slept, cried, ate and was changed. I was definitely feeling resentful towards my baby. I hated myself for feeling that way.

At the same time, I literally felt a darkness over me. I did not want to see or talk to anyone at all. I did not even want to spend time with my newborn daughter. My husband and I got into arguments often, and occasionally my mother helped me out. She had a friend with her who was a nurse. She told my mother that I had signs of postpartum depression.

I knew that the way I felt about my daughter was not healthy. I wanted to love her more than anything. I agreed to see my doctor to get help. I was diagnosed with moderate postpartum depression (PPD) and was prescribed antidepressants. I also went for therapy.

If any mom has these feelings a few days after giving birth, it is typical baby blues which solves itself in time. However, these feelings and thoughts last for over 2 weeks, it is postpartum depression which needs to be taken care of right away. Otherwise, it can escalate into something worse – postpartum psychosis. You, your baby and others around you could be in danger in that case. Thankfully, that did not happen in my case because I got help quickly enough.

Over time, as my daughter started to evolve and grow, sleep for 5 hours or more in the night, and was showing her sweet personality – I started getting better. I was bonding with my daughter very well. I took her for walks, drives, and to the mall. I also took her to baby socializing programs. In the meantime, I also made some mom friends.

Now, my daughter is 16 and is a kind, smart, funny, and a wonderful kid. She deals with the stress that comes with being in high school. She knows she can rely on me and my husband for support. I just can’t believe there was ever a time in my life when I could not love her! This breaks my heart. Postpartum depression turns a mom into someone who she is not, nor know or like. 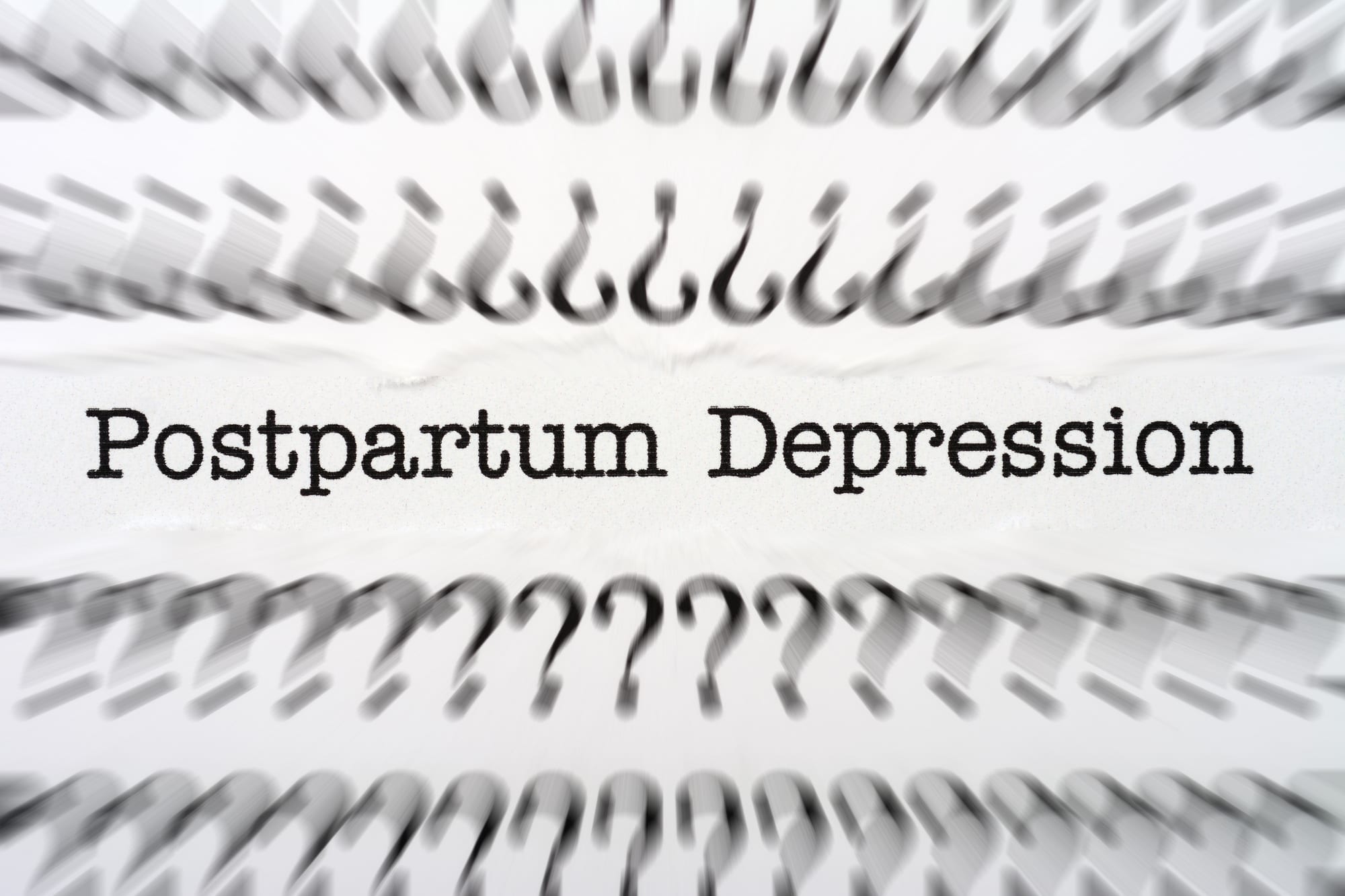 If you suspect that you or a new mom you know has postpartum depression, here are the signs to look for:

It is normal to cry after you give birth for a few days. If it lasts for weeks, though, that is concerning.

Some new moms have postpartum anxiety only without the depressive symptoms. If you are constantly worrying about the baby when there is no reason for it, then that is anxiety. Anxiety comes with depression as well.

Being unable to eat or overeating is also a sign of postpartum depression. If the other symptoms already listed are present, you should go get the help you need.

I feel worthless, and a terrible person for not being able to bond with my daughter and love her as a good mother does. Considering the fact that I had struggled to get pregnant for a brief time made me feel even worse. I also wanted to breastfeed, but it did not work out. Later on, I learnt that women that have PCOS have a hard time producing enough breast milk. I wish I had known this fact when I had my daughter.

New moms are going to be understandably tired. However, if the fatigue is excessive and it lasts more than 2 weeks, it is a sign of the condition. Being overly distracted is also a hint of postpartum depression.

7. Thoughts of Harming Yourself or the Baby

Fortunately, my postpartum depression did not get to that point. After learning I had the condition and knowing that it could escalate – I got help right away. But in severe cases, these horrible thoughts can happen. Therefore, you need help right away.

Postpartum depression is scary, and professionals do not warn new moms-to-be enough about it. As much as I was fond of my OBGYN, she did not warn me either. But I am here to tell you that it can happen to you too. Even after successfully conceiving and carrying a pregnancy to term, postpartum depression can appear.

If you are a mom that experienced postpartum depression, what was your experience like? Was it similar to mine? Was it different? How long did it last? How were you helped?

Miriam Slozberg is a blogger, astrologer and freelance writer. Canadian mom of three, she writes about pregnancy and parenting, mental health, relationships and spirituality. Miriam is an advocator for mental health. She aims to help break the stigma that surrounds it.